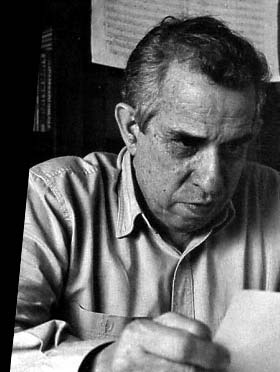 The program presents works for a very particular orchestration by Aldo Clementi.

Aria (2001) for soprano, viola da gamba and lute was composed in 2001 and commissioned by Rikskonserter, Stockholm. It takes literary and musical elements from John Dowland’s song Love stood amaz’d at sweet beauty’s pain.

Fantasia (1978) for lute is made of several series of fragments as short as possible and with as many different notes as possible. The patterns, always waving between major and minor key, continuously consume the total chromatic material. Different degrees of tension and a simple performing code put the fragments in a different light than their original context: the resulting fleeting and rhapsodic feature suggested the title. The musical material is taken from M. Galilei’s “Il primo libro d’intavolatura di liuto” curated by Ruggero Chiesa, to whom is dedicated the work. It was premiered by Vincenzo Saldarelli during “Settimana Musicale Senese 1979” of Accademia Chigiana (Siena).

At the end Otto Frammenti (1978) for lute, viola da gamba, organ, soprano and countertenor.
A new version of Fragments III, IV, V and VI, that can be performed also independently, has been developed the following year, 1979, for The Five Centuries Ensemble conducted by Carol Plantamura. Those Fragments, for full instrumentation (voices and instruments), are the core of the composition. They are preceded and followed by two sets of instrumental canons, whose final version was accomplished in 1997. As a whole, the work’s form unfolds a mirror structure, or rather, a palindrome: it is built through the progressive thickening of the instrumental parts starting from solo lute to the instruments and voices part, in the climax of the four central fragments, and then decreases following a mirror proceeding to conclude again with the lute solo, at the spot where he had left. A mirror structure can be found also in the treatment of musical material, which declines the lyrics of Je meurs de soif en couste la fontaine , a“Ballade” by Charles d’Orléans, through the famous theme of “L’homme armé”.